The most southern wine region of Croatia. Home to Dingač and Postup, the world famous wines. Traditional specialties with great local ingredients. The best oysters in Europe. 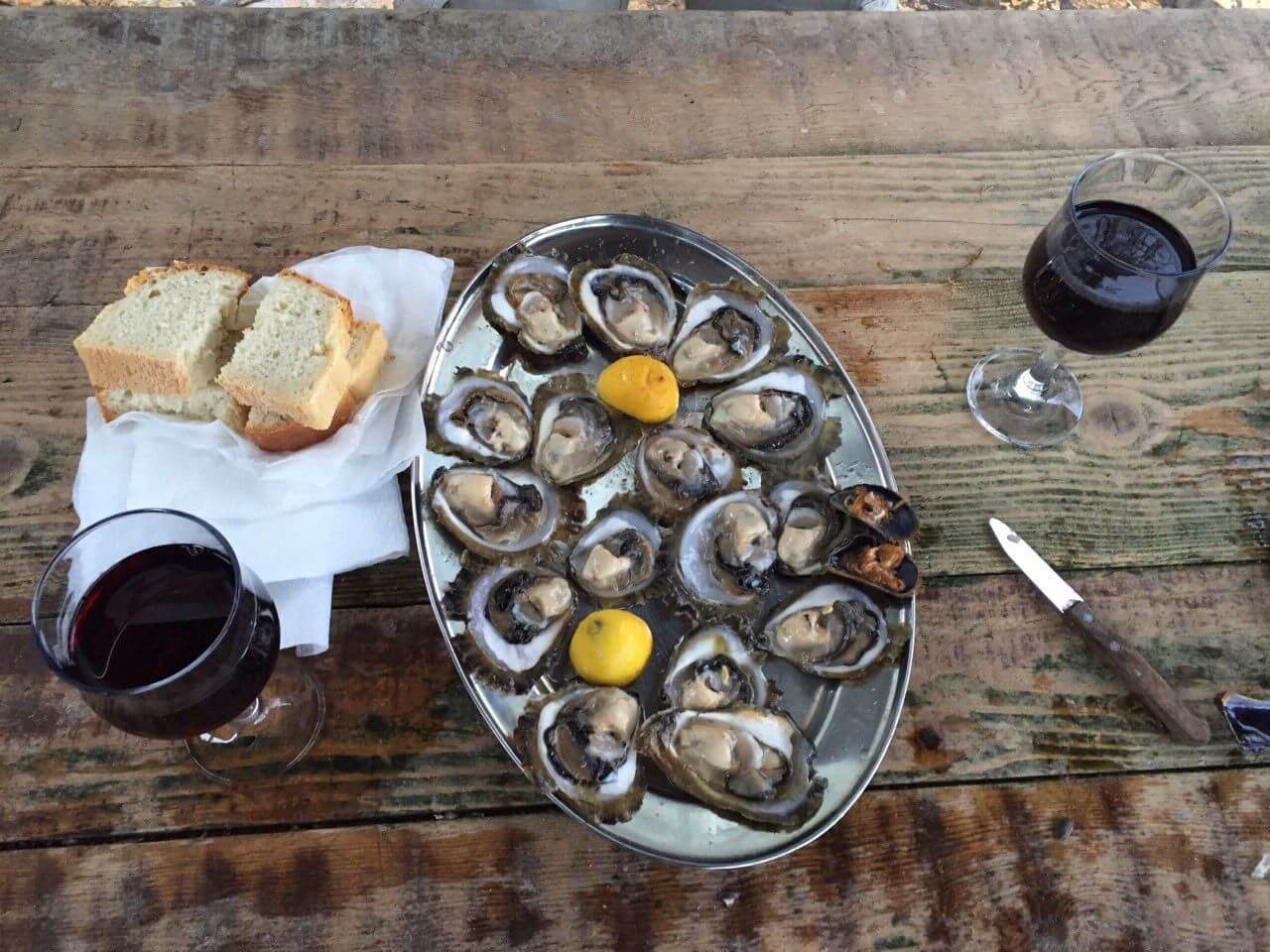 When it comes to Pelješac, nothing is quite ordinary as it might seem. This rugged peninsula supplied its produces to European imperial courts for centuries. Pelješac is one of those places where you can find a famous American winemaker in a friendly chat with a local farmer and fisherman. A place where modest taverns offer royal culinary delights.
Its 355 km3 of arid, mostly uninhabited terrain hide many amazingly high-end gastronomic wonders, worthy of peninsulas’ would famous wines such as Plavac Mali. For centuries, Pelješac has been a home to outstanding wines and olive groves. Here, lemon and tangerines, carob and pomegranate, figs and almonds grow amidst the fields of medicinal and aromatic herbs such as rosemary, lavender, sage, marjoram or laurel. Pelješac boasts 200 km of coastal line, with millennia-old mariculture, providing a rich choice of seafood and fresh fish.
Peninsula’s stingy soil and harsh terrain seem to bring every aroma to its peak, giving a whole new meaning to a cuisine featuring truly local ingredients!
The culinary tour of Pelješac begins in Ston, the home to one of the oldest operating salt-pans in the whole world. Local bay Bay has been famed for its oyster and mussel farms ever since the antiquity. Romans believed local oysters to be amongst the best natural aphrodisiacs ever.
Whether you opt to dine and wine in one of Ston’s restaurants or one of the surrounding agro-tourism estates or chose to board a small ship for a seaborne shellfish picnic among oyster farms, you are guaranteed an unforgettable seafood experience. The pristine seawaters of Malostonski Bay are known around the world for the cultivation of an almost extinct species, called European oyster. Food lovers know it’s best served freshly open with some local lemon’s juice. Incredible, unaltered taste and the scent of truly local ingredients, eaten directly from the sea guarantee a dish that’s a class of its own! Though preferred as appetizers, oysters can be served as cocktails or salads. You can also try oysters soup or fritters, roasted oysters, fried or variously baked oysters, even oyster mignons, jelly or canapés.
The basis of traditional cuisine on Pelješac is white fish, mostly baked. Let’s not forget all the local squid or octopus dishes such as octopus salad or octopus baked in wine sauce. Have a go and try crabs, prawns, lobsters, tuna or any other Adriatic fish, prepared with home-grown parsley of garlic. Local offers menus regularly include some great seafood risottos and pastas. The famed wines of Pelješac will keep you going through the menu, all the way to the traditional desserts – because no food lover would dare to skip those! Try Stonska Torta, cake like no other, a combination of hollow pasta called makaruli, olive oil, lemon, walnuts, almonds, and cinnamon, once upon a time served both to Dubrovnik aristocrats and salt-pan workers alike. If you manage, reserve some place for other sweet delicacies such as mantala, broštulani mjenduli or priklice. By the time you finish, you’ll learn that Pelješac traditional recipes combine exquisite local ingredients to prove, over and over, that great food can be available to everyone. A truly democratic recipe for truly royal gastronomic pleasures! 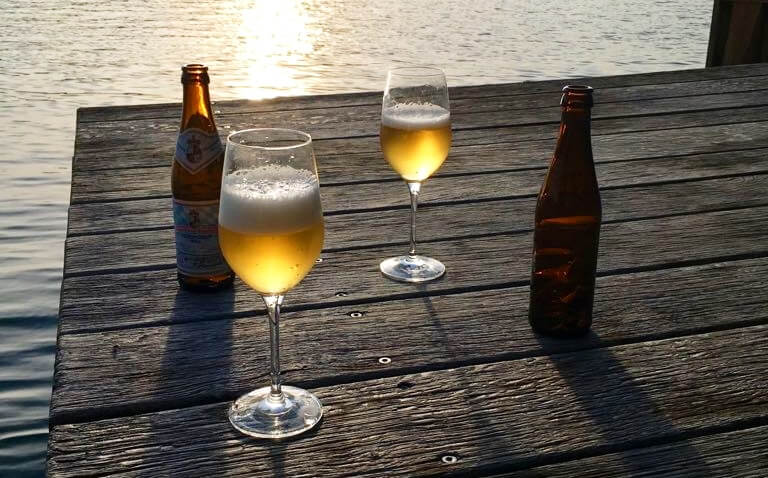 To put it simply: Croatian wine region of Pelješac is a paradise for wine lovers. However, two varieties stand out and are famous around the world. The scenic steeps slopes of peninsula’s southwest are home to an indigenous variety of Plavac Mali, called Dingač. This ruby red and full favoured wine was protected under Geneva Convention back in 1961, becoming the first legally protected Croatian wine.
The iconic spectacular slopes of Dingač vineyards are worthy sightseeing at any time of the year. You have to see them to believe it – so steep are those vineyards that they can be worked only by hand. Here, nature obviously took precautions to make ecology both norm and standard!
Next to Dingač locality grows Postup, another famous wine, also a variety of Plavac Mali. Like Dingač, Postup is grown on a geographically limited and controlled location, overlooking the stunning Pelješki Channel, towards the Island of Korčula and the adjacent archipelago. During as much as 2500 sunny hours per year, sun rays hit the grapes of Pelješac three times – directly, reflected from the sea below and the white rocky hills above. Due to such conditions, both Dingač and Postup grow their respective full flavours of unmistakably top-class wines. Recently, Plavac Mali was subject to lost of exciting scientific researchers, until wine experts finally found that Zinfandel comes originally from a Croatian variety called Crljenak, while Plavac Mali is Zinfandel’s closest relative.
The tour of Pelješac is not complete without visiting at least some of its many family-run wineries and wine cellars. Practically all of them serve Dingač and Postup together with some of the traditional dishes prepared with this fine local ingredients.
The new generation of wine producers took the whole thing a notch-up. Every year, ten young winemakers join their forces by contributing the equal portion of grapes from their own Plavac Mali vineyards and submitting it to traditional processing, without any use of electricity. The result is Imperator, an impressive wine with 18,2 % alcohol. Bottled into 1,5l magnum bottles, a fruit of tradition and friendship, this social wine is a sure sign of a bright future of winemaking on Pelješac.
However, not everything is ruby red in Pelješac kingdom of wines. Pošip, a crisp white wine is making its way in the world’s leading wine arenas. Pošip is also grown a lot on the neighboring Island of Korčula. 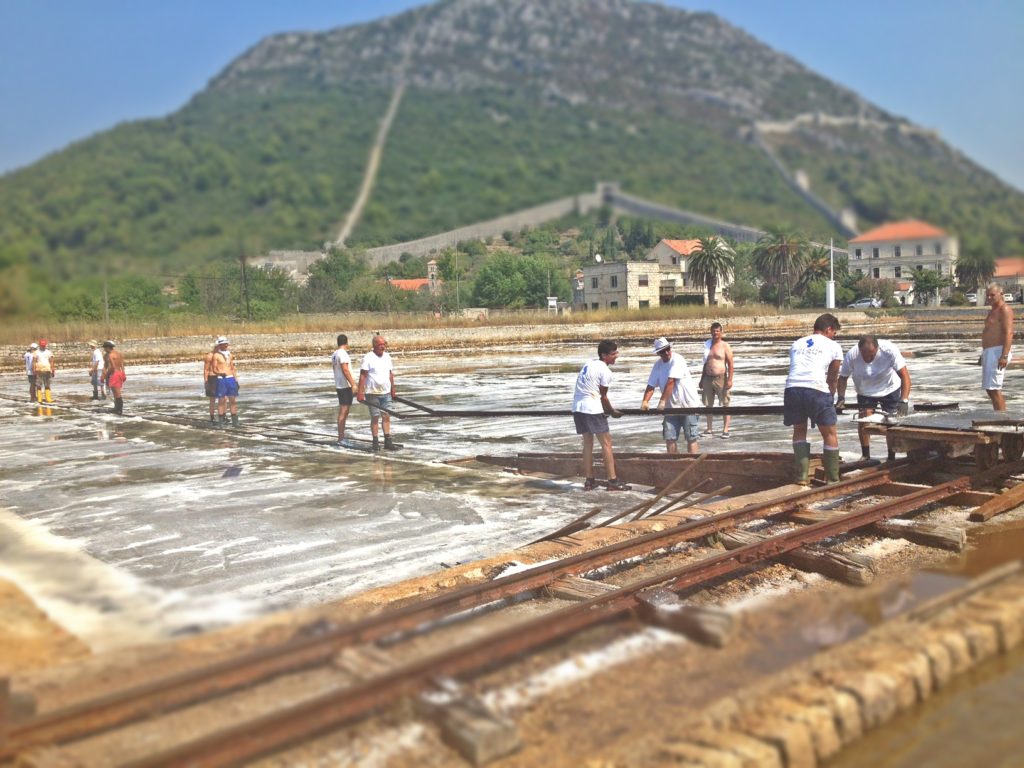 The important local indigent in every culinary and wine tour is the authentic backdrop. This is something Pelješac has in excess!
Exactly 5,5, km long, the medieval fortified wall of Ston is the longest such in Europe. The mighty defense bulwark was built by Dubrovnik Republic to protect its precious monopoly on the production of “white gold”, the pristine salt from Stone’s salt-pans, whose production dates back to 2nd century A.D.
The Bay of Ston or, as locals call it, Malostonski Zaljev is a sight for any food lover’s sore eyes. Edged by mountains covered in vineyards, olive groves, and Mediterranean vegetation, the transparent blue waters of this bay are home to many maritime farms producing the world famous Pelješac oysters.
Pelješac is dotted by hamlets and villages, home to olive farmers and winemakers. Its coast hides pristine beaches and picturesque fishermen villages. Up the peninsula’s north lies Orebić, “a cradle of sea captains” with its maritime museum, monasteries, churches and astonishing Mediterranean gardens. On the other side of Pelješki Channel, crossed by a short ferry ride, lies a historic island town of Korčula with its renaissance palaces and campaniles, and a birth house of Marko Polo, the world’s most famous explorer.
From inland mountains and valleys to its long shores, this most southern wine region of Croatia will never cease to amaze you with its local dishes and stunning vistas. The kingdom of exquisite wines and unspoilt nature, where the pace is slow and every nook is sunny, Pelješac is a true paradise for all the senses!

The whole year round. Check my daily excursions from Dubrovnik.